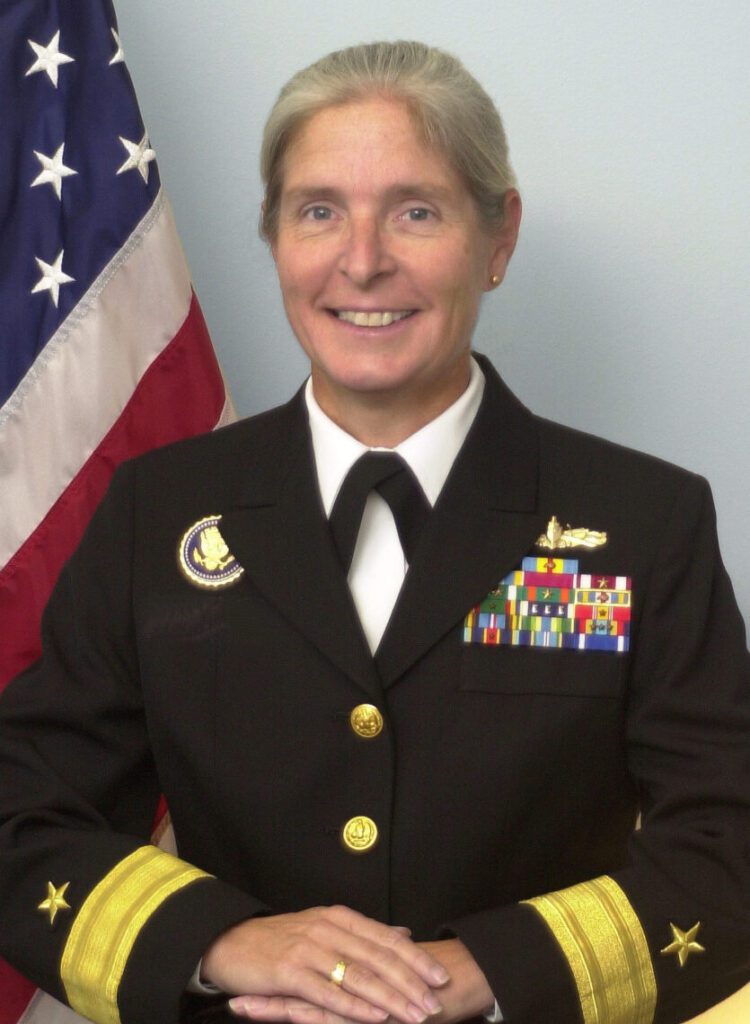 Jim Jewell’s “Steel Decks and Glass Ceilings – A Navy Officer’s Memoir” describes the first assignment of women for shipboard duty on the USS Yosemite. One of those women officers was Lieutenant Deborah A. Loewer, that achieved a long and successful Naval career.

Before 1979, women were banned from getting sea duty. Rear Admiral Deborah A. Loewer’s Story really starts on the USS Yosemite, but it was far from being easy and physically and emotionally challenging. Essentially it was a constant fight for acceptance and proving herself, while many expected her to fail.

The Story presented here is the time when she was on the Busy Lady. Maybe some crew remember her or met her when she served.

Loewer attended a Surface Warfare Officer Basic Course in 1978 and graduated first in her class. She was then assigned to shipboard duty, then-Lieutenant, junior grade, and served on the destroyer tender USS Yosemite (AD-19) as Electrical Division Officer, Operations Officer, Navigator, and Administrative Officer.

Loewer was one of the first women in the Navy selected for shipboard duty and the first female surface warfare officer (SWO) to attain flag rank. She had an excellent career that started at sea on board the USS Yosemite (AD-19) with her skipper’s less-than-encouraging welcome: “I didn’t ask for women on my ship. I don’t want women on my ship. Find them something to do.”

As a self-described “baby” junior officer of 24, she was assigned to work below decks on the destroyer tender Yosemite. The Springfield, Ohio, native was one of the first women assigned to sea duty after Congress in 1978 dropped its ban on women serving aboard ships.

Loewer and three other women served among the USS Yosemite’s 1,100 men, many of whom bitterly resented the women’s presence. The men taught their female shipmates the intricacies of running a ship at sea but often through clenched teeth.

While permanently assigned to Yosemite, Loewer served for several months on the staff of the Commander of Naval Surface Force Atlantic as a design architect for shipboard computer systems.

“We were accepted,” said Loewer. “‘Accepted’ is the right word. I won’t qualify that with the word ‘well’ accepted or ‘gladly’ accepted or ‘happily’ accepted. . . . It wasn’t fun; it was long, hard work. But we and the Navy learned much more about what it took to go to sea.”

You can add a lot more to her story by viewing the video below. After her USS  Yosemite experience, her career continued to prosper, Loewer rose to become a Rear Admiral and an advisor to the White House and is now retired.

The following is a video from the Wright State Alumni Speaker Series that features an interview with Retired Rear Admiral Deborah A. Loewer. The interview was recorded in 2021. At 14:04 in the video playing, Loewer described her experience on the USS Yosemite in 1978. This is history.

This site uses Akismet to reduce spam. Learn how your comment data is processed.